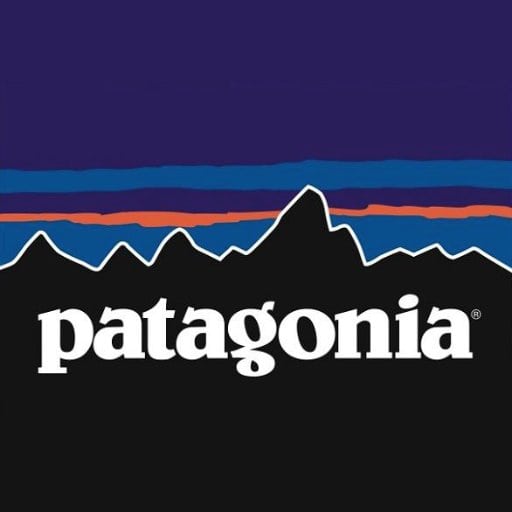 Upon learning of the passing of North Face founder Douglas Tompkins, I felt inspired to speak out about corporate philanthropy and some of the great work being done by companies with a conscience. However, it’s a genuinely tricky endeavor because the altruistic behavior of a business often originates from the moral compass of the founder(s).  And sadly, it can die with the founder as the company is passed on to children, restructured, or and acquired by those with deep pockets intent only on diversifying their portfolios. Once the nonprofits get used to a revenue stream of any size, it can suddenly stop. However, like all things in life, nothing is guaranteed.

And here it is, practically one year later to the day, I am struck with another philanthropic effort by one of my favorite brands, Patagonia, who has promised something big for Black Friday. I have a lot of reasons to love Patagonia, but their efforts to give back to the environment are simply, huge.

REI took a step in the right direction in their Black Friday operation by granting their staff with the day off to “Get Outside” which is a super cool effort worthy of applause. It is a hellish day on the floor in any retail space, and even with sales galore, it is rumored to be more of a loss day than a huge profit center. So maybe there isn’t as much effect as say, health insurance coverage, but huge applause for making a difference in their employees lives on this dreaded day in retail.

However, Patagonia tops the charts this year with a Black Friday biggie: One Hundred Percent of all sales, in stores or online made at Patagonia will be donated to local communities. And mind you, unless I am reading their message incorrectly – this is not 100% of profits but 100% of sales. That’s all of it. And they’ll even lose money by offering free shipping. Companies can easily boast donating 1% of their profits to charity – which if all corporations use Donald Trump’s accountants would amount to well, zero. So not to digress, but Patagonia is really going for the gold by offering to donate 100% of total sales on the busiest shopping day of the year. Most excellent.

So I thought a little bit more on this matter. Why wouldn’t I just donate money directly to a charity of my choice? Why bother to buy products and enter the fray of money changing hands at the consumer level and being assumed into corporate coffers to someday (maybe) be filtered to nonprofits? But then I began to see the light. Not only is Patagonia setting itself up as a host for donations,  but they have also specifically chosen what they are calling ‘grassroots’ nonprofits as recipients. They are, in effect, both funding and driving change based on their company values (and that of their customers).

It’s all right here on their blog, so I probably don’t need to get into detail, but here’s a quote to chew on for a bit:

“This year Patagonia will donate 100 percent of global Black Friday sales in our stores and on our website to grassroots organizations working in local communities to protect our air, water and soil for future generations. These are small groups, often underfunded and under the radar, who work on the front lines. The support we can give is more important now than ever.”

It is no surprise that this comes on the heels of Trump’s election, whose organization seems to be the only one who believes that climate change is not happening, but it says something big – it says when the government can no longer take care of the world around us, companies might just have to. It says when people are frustrated, lost and forgotten, some of them still have power – buying power.

Granted, few can afford what is affectionately called “PataGucci” because of it is incredibly high cost, but with that purchase comes a number of benefits. The company is constantly giving back (always at 1% which was 74MM last year), and they also stand behind what they sell. Even when old gear falls to the wayside, they will repair it. In fact, they have mobile units that travel exclusively to fix used gear –called Worn Wear – keeping the gear functional and placed on the backs of we the people and continually in service – not ending up in landfills or incinerators until the very end of its useful life. And it’s true, they use this for marketing purposes as well, and are totally forgiven by me for the very act of being genuine.

And finally, I thought, this is all a bit of a ruse, no matter what they earn on Black Friday, they’ll give back 3 times that with standard corporate gift givings. Think about it – they would have to sell over $74MM in one day to even break even with their prior annual giving policies, and I doubt that will happen in one day. Of course, it’s possible, but I suspect they only carry so much in inventory. But you know what? Who cares. It’s win-win. They get to feel good making a difference making products that make a difference, we feel good for rewarding them with our dollars, we get great gear that lasts forever and will be repaired if it begins to wear out, and they get walking advertisements as we wear their products proudly. And it builds amazing brand loyalty.

And yes, I forgot one big dealbreaker – hundreds of local, grassroots nonprofits and organizations will receive a donation to be put toward a cause they believe in. The future of the world, in my opinion, is riding on the backs of nonprofits.

Capitalism is carrying a message, and supporting the greater good in ways the government is failing, and it is both terrifying and encouraging at the same time. Anyone who watchdogs our public lands has seen the deterioration of programs to fund and support them. With actions like this, we will someday, perhaps, see private interest carrying the greater good.

Regardless, I’ll be getting some new Patagonia gear this Black Friday, and I hope you do too. Let’s send a message with our buying power that the world still matters.

If you’re a business owner, please consider becoming a member of 1% for the Planet. By contributing 1% of net annual sales to grassroots environmental groups, member companies affect real change. To learn more about 1% for the Planet, check out onepercentfortheplanet.org.